In October 2019, the Sir Andrew Macphail Foundation in Orwell acquired the neighbouring Lindsay property, a 100-acre woodland along the Orwell River. The Macphail family generously donated the property as an ecological gift, protecting and restoring it for the future.

The Sir Andrew Macphail Foundation is now responsible for ensuring that the biodiversity and environmental heritage features of this ecological gift are maintained. 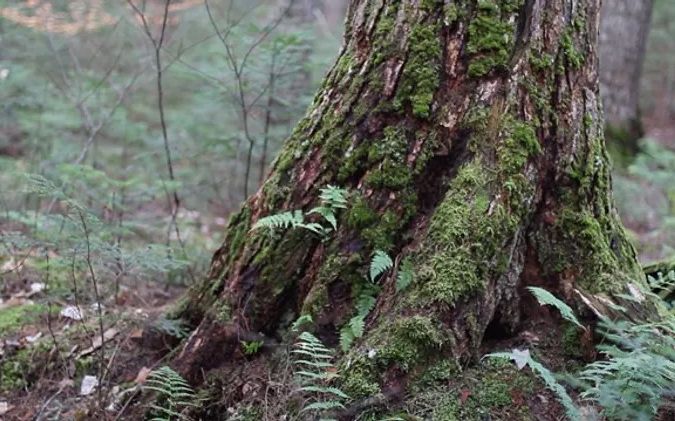 History of the Property

The Lindsay property has been owned by the Macphail family since 1913. It neighbours the Macphail Homestead, which was the birthplace of Sir Andrew Macphail (1864-1938). Sir Andrew Macphail was a towering literary presence in Canada during the first few decades of the twentieth century. He was also a medical doctor, a public intellectual and a champion of the rural Island way of life.​

Most of the property has seen heavy harvests over the past 200 years. Historical data shows just under a quarter of the area (approximately 25 acres) was forested in 1900. Of those 25 acres, only about eight acres could presently be considered healthy Acadian forest, containing a variety of older native trees, including eastern hemlock, white pine, yellow birch, and red spruce. By 1958, much of the property had returned to forested land although it was considerably degraded, even-aged, young, and lacking diversity. Due to the disturbances, much of the property has been colonized by a number of non-native species, some of which are considered invasive, with even-aged and declining early successional species dominating the canopy.

The property includes the Orwell River, which becomes a marshy area as it flows into Orwell Bay. Old growth hemlocks are found along the river banks and most of the rest of the property is forested, although it has been clear cut in the past. With the acquisition of this property, over 250 acres of land and several kilometres of the Orwell River have now been protected in perpetuity.

The involvement of the Macphail Woods Project began by creating a management plan. This assessment includes a breakdown of the stands on the property, a plant list, and suggestions for improvement. Then we began restoration work on the property. We have created patches, improved habitat, put up bird boxes, and planted native species.