What is the Wabanaki-Acadian forest?

This endangered forest region encompasses all of the Maritime provinces, areas of southern Quebec, as well as the northern New England states. It is mixture of northern conifers and southern deciduous trees, with a rich variety of many species.

Red spruce is the signature species of this forest type. It is a large conifer that can live to be at least hundreds of years old. Other keystone species include yellow birch, red oak, sugar maple, eastern white pine, red pine, American beech, white ash, and eastern hemlock. The Wabanaki-Acadian forest also has many other smaller, more short-lived tree species, and a diverse mix of shrubs, wildflowers, ferns and other flora and fauna. ​

The restoration of the Wabanaki-Acadian forest is at the heart of our mission as an organization. Our forestry work, plant nursery, education, and other initiatives are an effort to enhance and protect these valuable ecosystems. 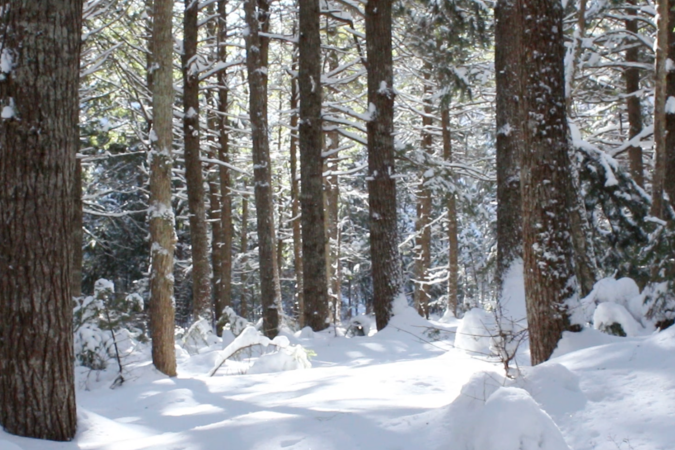 Prior to colonization, Prince Edward Island was almost entirely forested. The province was covered in large, shade-tolerate, ancient forests. The Mi'kmaq people, who knew the Island as Epikwitk, are known to have wintered on the Island and summered on the Nova Scotia and New Brunswick coast. Their relationship with the Island's flora and fauna was one of necessity and respect.

Early accounts from european colonizers describe the beauty, quality, and size of the trees in the area. In 1806, John Stewart wrote one of the first Treatise of PEI, called “An Account of Prince Edward Island in the Gulph of St. Lawrence, North America.” He states: "Having gone through the catalogue of forest trees, I think it proper to observe, that the timber of the Island, is allowed to be much better than the like species on the neighbouring parts of the continent, being of a finer, and closer grain and texture, not so subject to shakes and defects, the pines, black birch, beech, and maple, are also larger than they are generally found on the adjacent parts of the continent."

These forests full of enormous trees were harvested for shipbuilding and cleared to make way for agricultural fields and other development. Logs would be transported downstream, and used to create ships that could be loaded with lumber and sailed back to Europe. 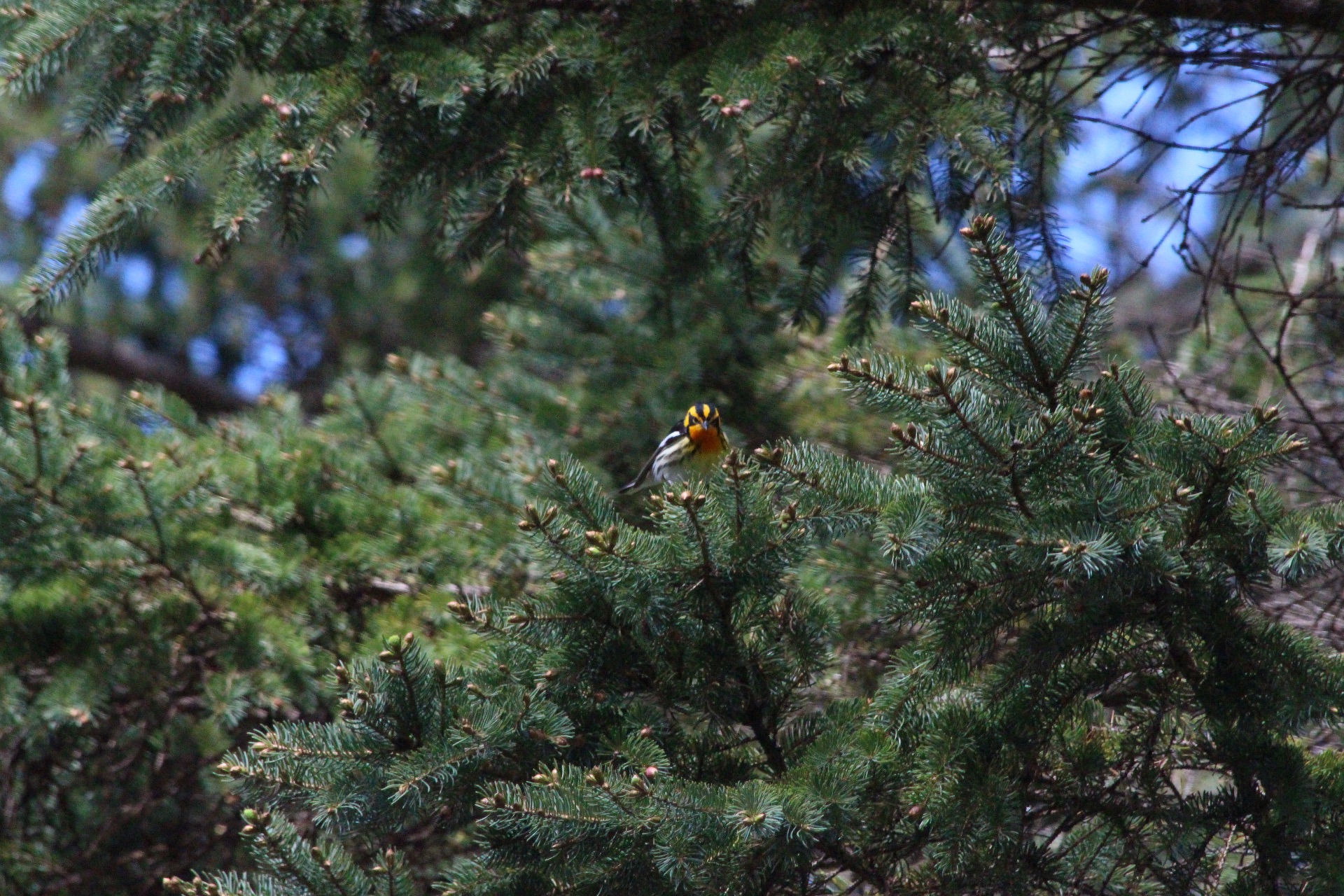 This description of robust Island forests is incongruous with our vision of them today. Those enormous trees are no longer present on Prince Edward Island. During the last 100 years, much of PEI’s forested land went under the axe or was burned to make room for agriculture or other development. Many species of mammals were extirpated from Island forests, such as bears, fishers and martens.​

According to the State of the Forest report in 2010, late successional shade dominant forest (typical of the Wabanaki-Acadian forest) accounts for less than 5% of the entire island. Today, approximately 50% of the island’s land mass of 560,000 hectares is forested, but much of it is in poor condition, growing on worn-out agricultural fields. These forests are dominated by early successional species such as white spruce, in even aged stands of poor quality trees, growing on poor quality soils.

These younger, less diverse forests still have ecological value, but they are not as resilient or self-sustaining as old-growth forest. A stand of white spruce that has grown up from an abandoned field is an "early successional forest". These trees grow quickly in full sun and wind, but they do not live very long. They create the habitat for shade-tolerant old-growth species, such as sugar maple and hemlock, to grow. Over time these early-successional forests will grow up in mid-successional and then late-successional species. Eventually, it will once again be filled with old-growth species, but that process many take hundreds of years.

An old-growth forest feels open and expansive. Trees tower above the forest floor, creating cool and moist conditions on the ground. The trees are at various stages of life, with some standing snags creating homes for animals like the pilleated woodpecker. Large fallen logs in various states of decay become nurseries for trees like red spruce. The ground itself has a diverse mix of ferns and wildflowers, providing habitat for animals like the American toad or ovenbirds. It is complex ecosystem that is both resilient and self-sustaining.

Structurally, it can be divided into three large tiers: the canopy, the understory, and the ground. The canopy is a mixture of large, shade-tolerant tree species such as red spruce, eastern hemlock, and yellow birch that have reached their full maturity. These trees provide structure, shade and shelter for the rest of the forest. They are the habitat for many other species, such as bald eagles, barred owls and many lichens, and are integral to the forest's existence. The understory has a variety of smaller trees and shrubs. These also provide habitat, food, and protect and enrich the soil. The ground layer is a mix of wildflowers, ferns, mosses and fungi, creating a perfect environment for young seedlings and other organisms.

This environment is constantly regenerating. The large canopy trees create seeds which fall to the forest floor. Because the forest floor is so shady, those seedlings begin to grow but cannot get enough light to grow quickly. But when a large tree falls, it creates a space in the canopy that allows light to reach the forest floor. Those small seedlings quickly put on upward growth, competing with each other to get to the sky. This process results in healthier, straighter and larger trees, and keeps the forest canopy consistent.

Even highly-regarded ecologists and biodiversity experts admit they do not know exactly how ecosystems function. Forests are home to a range of complex species interactions that researchers are only just beginning to understand. For example, fungi on the beaks of woodpeckers play a key role in the decay of dead trees, helping to create high-quality cavity trees that are used many other species. Similarly, flying squirrels help spread beneficial fungi throughout a forest; these fungi help trees acquire important nutrients. ​

The diversity of species makes them better able to resist disturbances such as disease, insects and fire. Research from eastern Canada suggests that as forests age they tend to increase in genetic diversity and reproductive success. Older forests may be better able to adapt to climate change, and other emerging issues such as the arrival of new forest insects and diseases. ​

Older mixed forests are tremendous reservoirs of carbon, keeping it locked up in twigs, leaves, stems, debris, roots and soil and thus out of the atmosphere for centuries. Because older forests store large amounts of carbon for long periods, it is widely recognized that maintaining these areas is important in the carbon cycle. ​

Ploughing and farming soil disturbs the top horizons and causes huge changes in structure, chemistry and biology. It compacts the pores between grains that are important to aeration and water movement, leads to decreases in organic matter and changes in nutrient ratios, and causes major changes in soil flora and fauna (such as worms, insects, bacteria and fungi). Soils that have been ploughed, cultivated, compacted, and eroded by rain and meltwater do not retain native plant seed banks, micro-organisms or animals such as ground beetles and other insects. Unploughed lands have the only remaining forest soils on PEI. 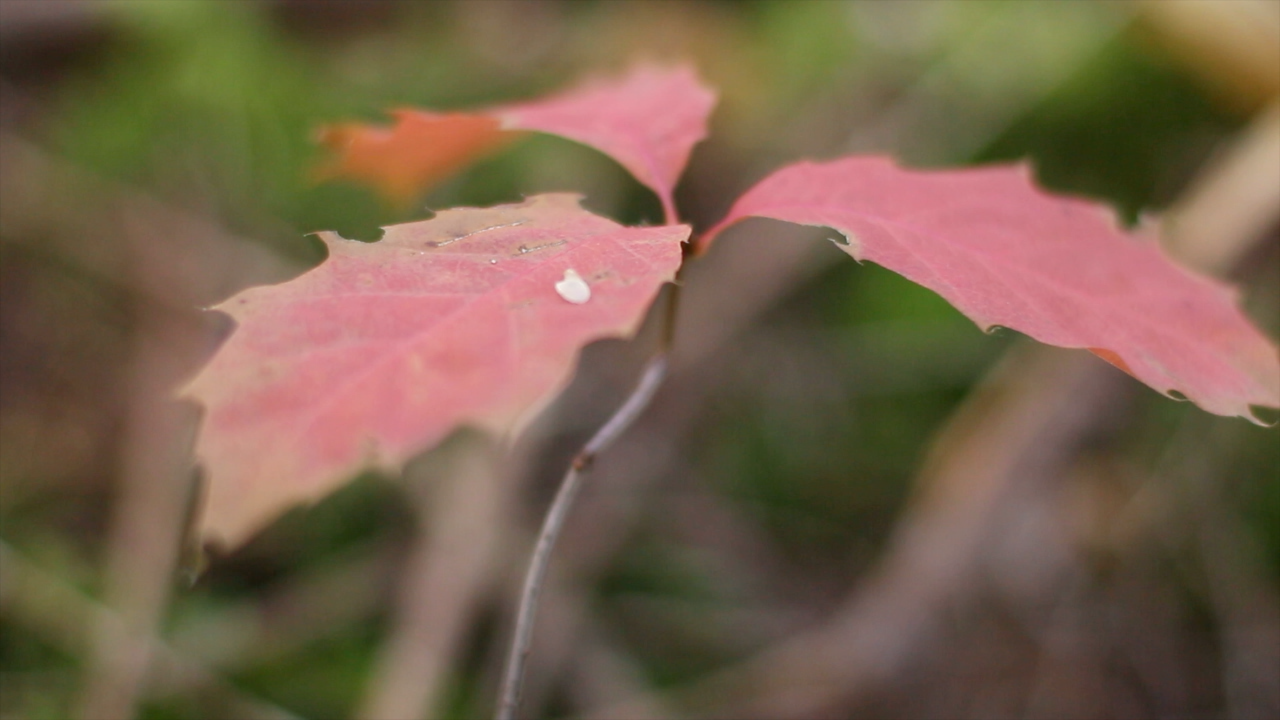